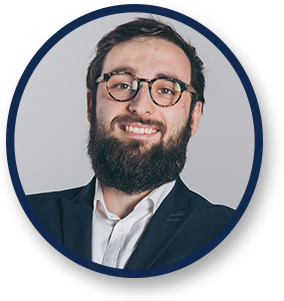 Benjamin Peterschmitt grew up in an Alsatian Christian family and his father was a pastor. As in many families of pastors, the life of the Church governs the life of the family. Very early, he came to know the Lord and engaged with Him in the waters of baptism.

In 2011, he became seriously ill, suffering from mental disorders which, according to the doctors, were incurable. It is in January 2012 that he will be miraculously healed and his faith will be strengthened further.
In 2016, the Lord will lead him to join the pastoral team of the Open Door Church in Mulhouse, the same church in which he grew up.
It is in his midst that Benjamin Peterschmitt works today for the Kingdom of God, while regularly visiting the churches of the Francophonie. His desire is to see every believer progress and that the Church be further established day by day.

Benjamin Peterschmitt is married to Silvija and father of a little boy, Adam.