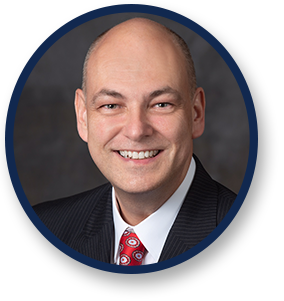 As a senior in high school, Douglas E. Wolley placed among the top in the USA in mathematics, computer programming, and science. Later he earned four university degrees in the areas of Computer Science and Theology.
He currently works for JPMorgan Chase & Co. as a Software Engineer, after having worked for Verizon for many years as a Systems Engineer. While working as a Web Developer in the field of Cloud Computing, he attained three prestigious certifications in Amazon Web Services (AWS).
Since early 2018, Doug Woolley serves as the International Secretary for the Full Gospel Business Men’s Fellowship International (FGBMFI).
Doug is an international speaker, teacher, and author. His recently published book : „The Value of Work in the Eyes of God“. It was also published in Spanish
Doug resides in Tampa, Florida, USA with his wife Marsha and poodle Napoleon.

Doug’s grandparents on his mother’s side were born in Germany.

Doug travelled frequently to Portugal during the years 1997 to 2000, implementing and supporting a new computer software system that produced phone bills for Portugal Telecom. While in Portugal, Doug Woolley birthed a chapter of FGBMFI in Lisbon and participated in European Leadership meetings for FGBMFI.