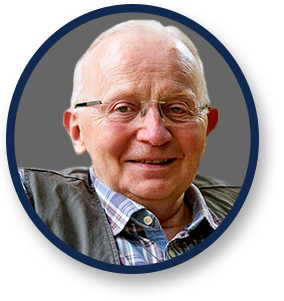 Bernard Bastian has been a priest of the diocese of Strasbourg since 1993 after having practiced general medicine.
He has been a member since 1975 of the Community of the Well of Jacob, a charismatic Catholic community which exercises a ministry of healing and consolation, gives numerous spiritual sessions and works for the unity of Christians.
He was its pastoral leader for eighteen years. In this capacity, he participated to various local, regional and national bodies of the Catholic and ecumenical charismatic renewal.
Within the framework of his community where he shares its common life, he devotes himself to the study and preaching of the Word of God and to welcoming people in interior suffering or in spiritual search.
https://puitsdejacob.org/podcast_du_puits (French)

Priest Bernard Bastian is also the author of several books published by The Béatitudes editions, including « Feel his presence. Release His Power», meditations on the Holy Spirit or «In the world but not of the world», a spirituality for today, or « Live as a saved person ».
For more information : www.editions-beatitudes.com/auteur/bernard-bastian